Was Roman temple at Greenwich Park dedicated to Britannia? 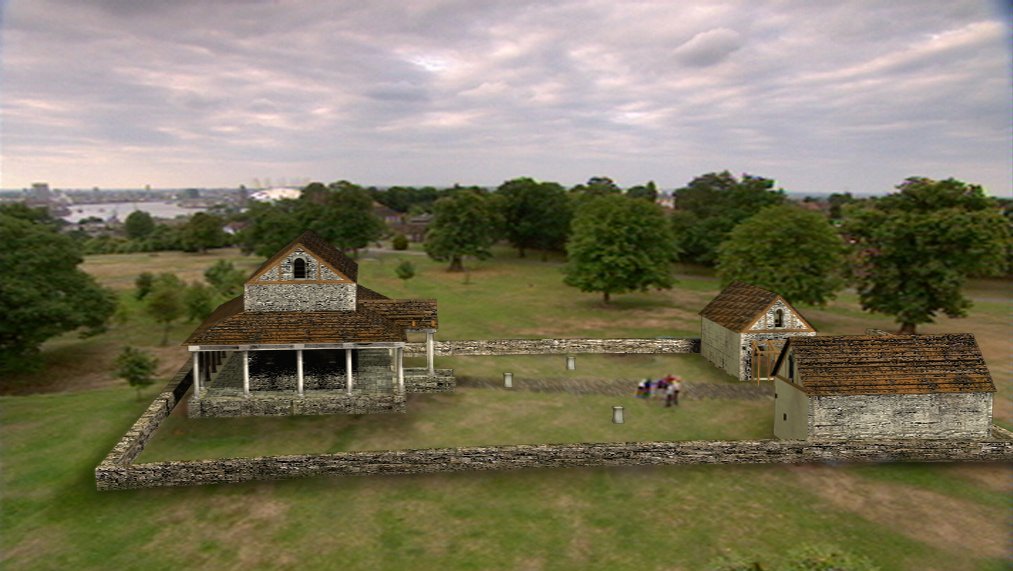 On 6 February 1902, Roman remains were discovered on an artificial mound on the east side of Greenwich Park. The then superintendent of Greenwich Park, Angus Webster, believed that the find – at that time thought to be of a villa – was the most important discovery ever made in the Park.

Roman pavement
“Further search was made on the 3rd March, when the floor of a room with a portion of the tesserae intact was happily hit upon at a distance from the surface of hardly 2ft … This portion has been left uncovered, and fenced around to prevent damage, and in order that the public might have an opportunity of viewing these interesting and historic remains.

“The concrete foundation on which the tesserae rest is of a rather formidable nature, averaging 9 inches in depth, and is remarkably hard and well preserved.” (Greenwich Park, its history and associations, by A D Webster, 1902)

Writing in the London Archaeologist journal (“Excavations in Greenwich Park 1978-79” vol 3 no. 12), Harvey Sheldon and Brian Yule, described the area of the Roman temple site. “Until quite recently the remains were within an impressive group of closely set old elms, thought to have been planted c. 1650, but age, and in the last few years the ravages of Dutch elm disease, have resulted in their destruction.” Within the area enclosed by railings (removed in 2012) was a small area of tesserae, part of a Roman pavement. 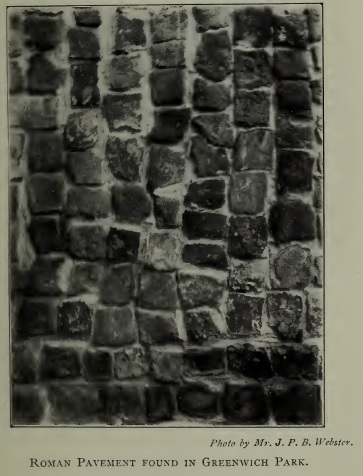 The tesserae photographed at the time they were found in 1902 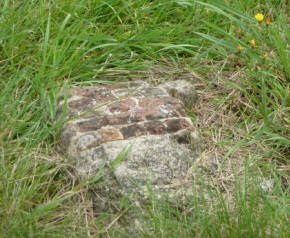 Photograph of the fragment of Roman pavement, Greenwich Park (obliterated in 2012)

Roman coins and Roman goddess?
Hundreds of Roman coins were unearthed and, as the earliest of coins dates from about AD70, this suggests that it may have been around then that the temple was erected. Among the other archaeological finds from the temple site, listed in Webster’s book, is a piece of ivory carved with a depiction of a woman holding a shield over her head. The Romans invented Britannia, and a shield is one of her attributes as goddess. 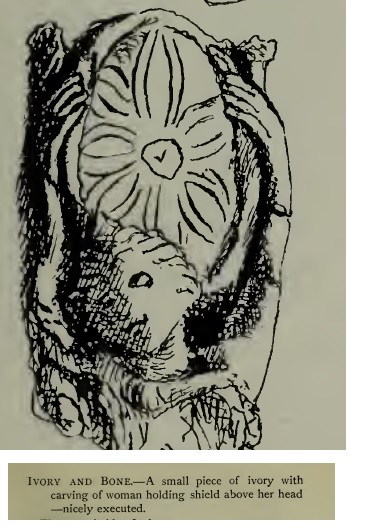